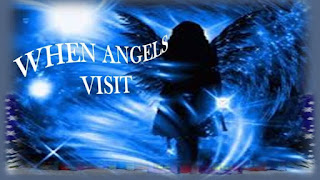 18 Now the birth of Jesus the Messiah* took place in this way. When his mother Mary had been engaged to Joseph, but before they lived together, she was found to be with child from the Holy Spirit. 19Her husband Joseph, being a righteous man and unwilling to expose her to public disgrace, planned to dismiss her quietly. 20But just when he had resolved to do this, an angel of the Lord appeared to him in a dream and said, ‘Joseph, son of David, do not be afraid to take Mary as your wife, for the child conceived in her is from the Holy Spirit. 21She will bear a son, and you are to name him Jesus, for he will save his people from their sins.’ 22All this took place to fulfill what had been spoken by the Lord through the prophet:
23 ‘Look, the virgin shall conceive and bear a son, and they shall name him Emmanuel’,
which means, ‘God is with us.’ 24When Joseph awoke from sleep, he did as the angel of the Lord commanded him; he took her as his wife, 25but had no marital relations with her until she had borne a son;* and he named him Jesus.

Have you ever seen an angel, or had a vision?  I think I had a vision.  It happened this way.  Two days before I had the vision I could hardly finish my workout on the treadmill.  I gave up and went home, gathered my strength and everything seemed to be fine.  The next day, Friday, it took me 10 minutes to make it up the 13 stairs to my bedroom.  As I was dressing, I broke out in a cold sweat, became lightheaded, and felt as if I was dying.  Again, I rallied.  I got my youngest to school and took my sister to run an errand.  Arriving at work at 1pm, I started to feel the same, maybe worse than I did earlier in the morning.  I eventually made it to the doctor’s office, who told me that I would be “staying as a guest in the hospital for awhile.”  X-rays showed two fist-sized blood clots, one in each lung.  I was told that I was lucky to be alive.

After about 2 days on Heparin I started to understand what the doctor meant, how close I was to dying. Thank God for blood thinners!  So, as I settled in for a second week in the hospital – and 5 roommates later – I had my back to the door and was staring out the window.  I wasn’t asleep, and I wasn’t anxious about anything, and I wasn’t on any other drug.  Then I saw my dad.  He came through the door of my room.  Dressed in his usual jet black suit with crisp white oxford shirt and blue necktie.  But, he had such a worried look on his face.  It was the first time I had ever seen his face that way.  I saw him as clearly as I am seeing you.  He said nothing, but walked towards me.  I began to panic.  And instantly he moved backwards with his hands up and went away.  I guess the reason why I was afraid was that my brother and sisters and I had buried him two months prior.  I’ve never had an experience like this before, and I haven’t had one since.

My experience was not like how Matthew writes about Joseph’s.  No, do this, or don’t do that.  It didn’t involve anyone else except my dad and me.  And, there was not a big revelation, no “This was the interpretation of the vision of your dad.”  But, what I’ve come to understand these 13 years later is that the space between life and death is very thin.  I don’t think we see the space because we are, for good or ill, products of the Enlightenment; we are so wedded to the rational, what can be explained by microscopes, test tubes, and longitudinal studies.  And, thanks to John Calvin and all of the theologians of the 16th century for excising any and all things that lent themselves to mystery and sacred symbolism and practice in giving us Protestant Christianity.

When angels visit, as they did to Joseph and Zacharias and Mary they challenge our understanding of, not only time and space, but also faithfulness, righteousness, and openness to God looks like.  And when angels visit they invite us to risk being unsafe, being seen as credible, and be led by God in ways that we can’t even imagine. I think that’s what the Joseph story is all about. Both Joseph and Mary were vulnerable, and risked being excluded from their families and Jewish society in order to follow through on the word of an angel, a messenger from God.  The word from God was to trust God’s promises of presence, of being the one who would bear them up, of being the one to make a way for them when what they were being asked to do all seemed implausible. Like Joseph and Mary and the shepherds and all of the others in the Hebrew scriptures who witnessed the call of God through an angel, a vision, a voice:
-the boy Samuel in the temple who hears a voice calling out to him
-Daniel and his companions in the lion’s den. There’s a vision in the middle of them, spewing fire
-Balaam’s donkey – Balaam goes to speak to God’s people, and the donkey won’t behave. Balaam finally kicks the donkey, who then speaks, “There’s an angel there!”

So, too, are we called by that same God to follow and trust.  The voice, the vision asks us to give all of our heart to a way of being in this world that goes against the grain and privileges of mercy and grace, of courageous patience and forthrightness to speak up and speak out about what God is doing.

To speak about seeing angels and hearing voices and having visions is very dangerous in our world when one out of every five Americans is living with some level of mental illness, and often lack of care and funds.  But, if our confidence rests in a God who is always in pursuit of us, who promises to never leave us nor forsake us, who has led us this far along our way in life, who speaks still…then why not an angel?  Why not a star?  Why not lumbering shepherds?  Why not diviners?  Why not the weakness of a baby?  Ours is a God who can speak to and through broken and troubled minds and hearts.

When angels visit we are not always aware of their presence.  And sometimes their message is lost on us.  But, God is faithful, and will not leave us to flounder in chaos and confusion.  God’s voice can open our deaf ears.  God’s power can open our blinded eyes.  God’s power can break up our stony hearts.  God’s power can change our stubborn minds.  That’s good news, and it’s frightening at the same time for us who have been anticipating the Christmas event.  God’s presence coming among us, indeed, already among us, meets and works with us where we are – in our common ordinary lives, using common ordinary things and people to do uncommon, not ordinary things.

To the extent that you can discern it, when an angel visits, and if it is showing you and asking you to dare and go deeper in the life of the Spirit of God, be obedient and do it.  It may seem like it’s not real and we can explain it away. But, don’t write it off. That’s the call to the new creation we’ve been waiting for.  That’s the mystery of the incarnation – God with us in all of life.  Amen.